I am up and out by 9.15am. On a Sunday. Last day of the festival and three events for me today. The weather is glorious again and I find a free parking space right by the Public Hall. Winning.

Keep reading to the end for a summary of the whole event.

If you missed them read:

We don’t bury ourselves in books, books bury themselves in us. And the books that we read as children really seem to stick.

I was intrigued the moment I saw this session in the programme. I love Alice and I’m fascinated by the iconography of these stories and the way they exist in the cutural consciousness. I also find them sinister and unsettling – as a child I never wanted to actually visit Wonderland in the way that I did Narnia. The talk is by Robert Douglas-Fairhurst, a rather dashing Oxford professor who has written a book so big you could wedge a church door open with it. 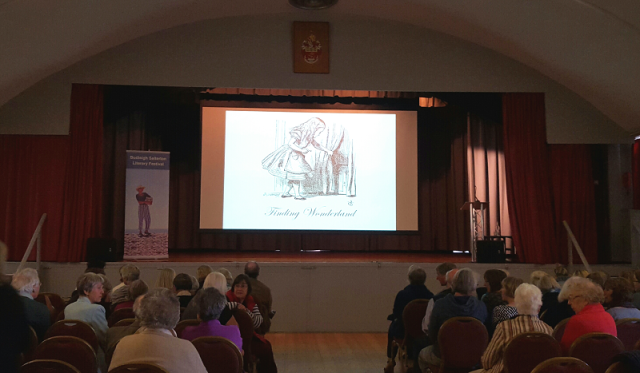 I had a brief chat with Douglas-Fairhurst afterwards. I could have spoken to him about Alice for hours, and I definitely don’t have a crush on the handsome, charming professor.

Gale’s event has the comfiest looking chairs I’ve ever seen – he’s clearly a festival pro. It’s a packed house and he holds the audience in the palm of his hand throughout. I sensed that the session could have been three hours long and no-one would have minded. 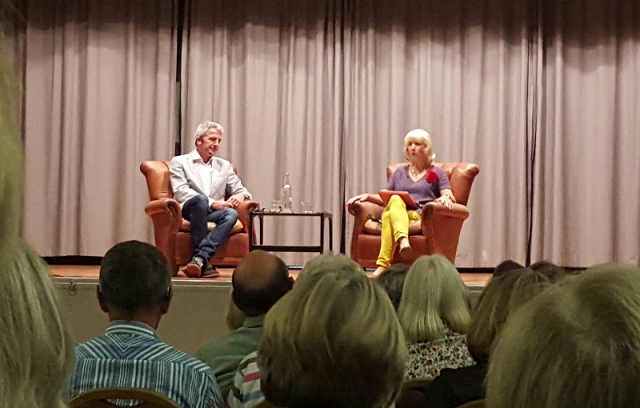 Afterwards I met Patrick Gale and introduced Booey to him – so I’ve totally nailed parenting – and then we had a brief chat on Twitter and I did a little happy dance.

It’s a book about mess, in all sorts of ways.

It’s the final session of the festival so there’s a bit of a giddy, end-of-term feel. Sarah Waters is teeny tiny, very stylish and has fabulous hair. She is also intelligent, engaging and funny. 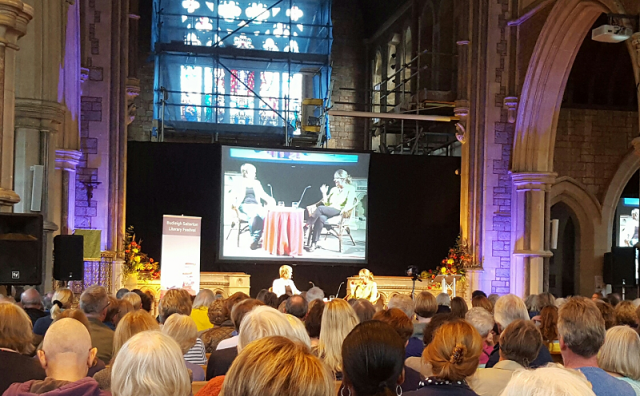 It’s been an amazing three days and I feel lucky to have such a brilliant festival on my doorstep. The line-up was so good it was really an embarrassment of riches; I just wish I’d had the time (and the money!) to see Ben Okri, Margaret Drabble and David Hare too.

Over the eight sessions I went to I felt that three themes seemed to appear.

I’m not sure whether the writers were all covering similar areas; or if I’m just attracted to those themes. Next year I’ll need to have a bigger sample size to come to a conclusion.

And I definitely will be going next year. This festival had such an incredible sense of community and celebration – it really is a wonderful, stimulating, fun event. Roll on 2016.

indymam
Squire to the Giants

...attempting to stand on their shoulders

A balancing act on the geek/wonk interface

A journey through life - Carl's Notepad

Stories from the interplay of Humanity and Being