This last weekend all the stars aligned and there was a festival for my favourite things (books) in my favourite place (Budleigh Salterton).

I got so excited about this that I booked tickets for eight events over three days and decided to review the whole lot.

Anything worth doing is worth over-doing.

This is a fascinating hour. It starts with a chap in a jazzy shirt standing in front of a sedate audience and talking about knitting; and ends with a cluster of women jostling each other and murmuring with delight as they stroke the luscious, fabulous textiles spread out in front of them.

At the end of the session my friend Wendy, an artist and designer, leans over and whispers “I need to get my sewing machine out!”

Really sad and damaged women; that you really wouldn’t want to spend any time with.

This event was originally meant to be a two-hander with Renee Knight, author of Disclaimer. To be honest, I think that would have been a much better session. The problem with a whole hour on The Girl on the Train is that if there are people present who haven’t read the novel (about half the room) then you can’t really discuss more than the first chapter without giving vital plot points away. 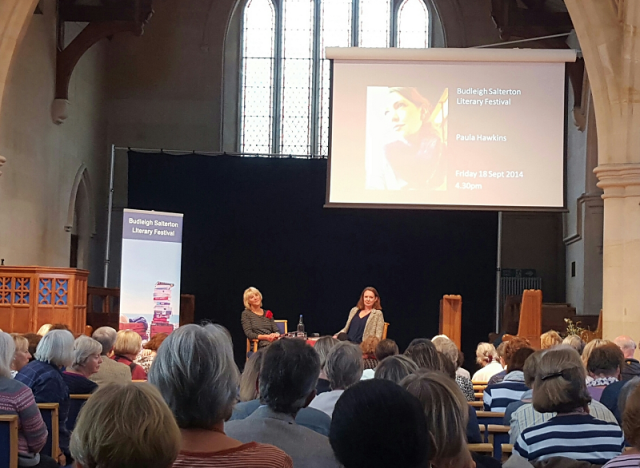 The final event of day one takes place at the suitably dramatic setting of St Peter’s Church at night – the only thing missing is candlelight. On stage were Andrew Graham, son of author Winston Graham and script adviser; Debbie Horsfield, script writer; Ruby Bentall who plays Verity and Heida Reed who plays Elizabeth. The event was chaired by Erica Wagner. 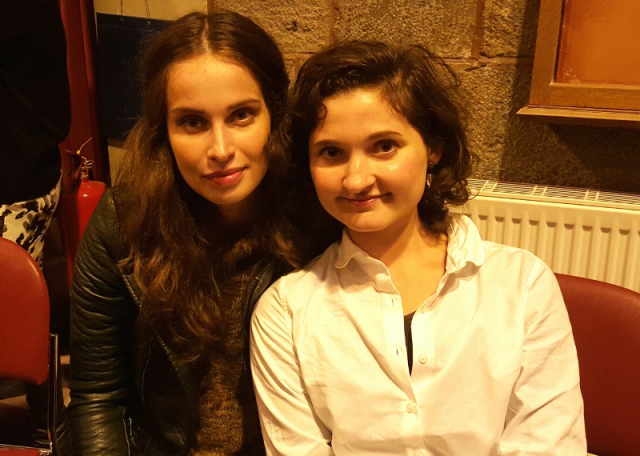 One thought on “BudLitFest – Day 1”

indymam
Squire to the Giants

...attempting to stand on their shoulders

A balancing act on the geek/wonk interface

A journey through life - Carl's Notepad

Stories from the interplay of Humanity and Being